Are you interested in one or more of these things? 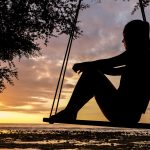 ...or some of these questions? 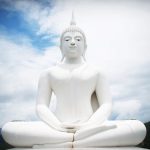 Then travel to your inner self, to find there all the answers. 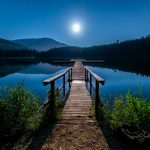 The real deep meditation experience makes this journey to your inner core possible. The White Bone-Meditation is a very successful technique, most helpful for people which are intellect driven most of the time.

Here the work begins at yourself, your ego, your i-field, on the obvious and non-obvious fears and the clinging on them. This includes the fear of your own death. You have to work at these aspects and letting go, because this is required to go further on your own spiritual way.

One of our teachers, Yogi Henry, got enlightenment through this guided meditation practice.
Real deep meditation isn’t comparable to the big amount of common meditation offers, where is the word meditation used trough ignorance or abusive use for relaxation or autogenic training.

Real deep meditation is a specially developed method, very precise, sophisticated and outstanding FUNCTIONING techniques, to make the greatest possible and actual progress in our spiritual path of enlightenment.
Although the historical Shakyamuni Buddha has repeatedly emphasized the importance of THIS meditation technique in many of his books, it is no longer taught worldwide. 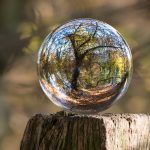 In particular, modern Buddhists in particular reject, deny or deride this method, just as the Shakyamuni Buddha predicted.The last master, who taught her in China authentically and comprehensively, passed away several years ago.

Who teaches this particular technique today?

The Tantric Yogini Wang Lin Jasmin studied intensively with this last Zen Master and now teaches the White Bone-Meditation in Stralsund at the School of the Enlightenment (www.Eden-Spirit.com). Jasmin is obviously the last lecturer in the world who has studied this unique technique intensively and still teaches her students COMPLETELY. (Although there are isolated „offerings“ of the so-called White Bone Meditation in individual Buddhist centers in the English-speaking world, these are exclusively only TINY EXCERPTS and STRONG shortened teachings that hardly resemble their abstractions and those of the Shakyamuni -Buddha warned urgently and did not produce these results at all, as they are possible by the authentic method.)

She masters not only the methods for beginners and advanced students of the first part, but also completely the part 2 of the White Bone Meditation, which, according to the instruction of the Shakyamuni Buddha, can only be studied by (!) Students who already have their own have achieved their own enlightenment. In this second part special techniques are studied, which were developed by the Shakyamuni Buddha in order to actually realize the ascent to nirvana.

What is the difference to the Vipassana (insight) method?

Both methods were taught by Shakyamuni-Buddha. Likewise, many hundred more methods too.

The Vipassana method is designed for absolute emtpyness and no constructs. The method, based on pure observation and consequent (hoped for) insight, dares to leap from the physical to the mental level.
We humans have to free ourselves from the chains of our soul and because of that this method is recommended at other times.

Shakyamuni originally developed the method of „white bone meditation“ for his master disciple Ananda and, of course, for all following beings, because he saw that even this disciplined monk was too top-heavy to attain liberation.

Most humans did become heart and top-heavy after several centuries and this doesn’t need to be described further. With this day-by-day deeper going method, one digs out the own karmic wraiths in order to „see“ and perceive them from the sight of the middle qualities and then let them go.

Only then can we become an empty vessel for the true Dharma, whose message is purely selfless love. This goes beyond the usual understanding of people of loving kindness and compassion.

Many Buddhist currents have never noticed that final liberation requires not only the perfection of emptiness but also absolutely self-less love. The combination of both paths leads to the true middle. This is the AmritaVidya teaching of Maitreya, the so called “Buddha of the future” – an aspect of the Adi-Buddha Amitabha.
Wang Lin – Jasmin herself is a master of many of her students. But Maitreya is her master. As a human incarnation, he usually walks undetected among humans and is the last one who teaches the true Dharma here and now. This future from the ancient scriptures is our present time! 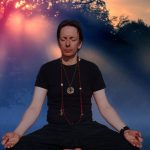 Why the white bone meditation

When I first heard about it, I was unsure what was behind it, what experience I might have to practice a „deep meditation“.
I was completely unclothed at the time of meditation. Plans to learn it were in me for many years, but without a professional and meaningful guidance, it was not possible until then.

When I started under the guidance of Jasmin, I was completely overwhelmed after the first few days. A whole new dimension of experience had suddenly come into being through meditation in me. In a very short time I had a much deeper understanding of myself, my life, my entire existence in this plane of existence, and also about the hitherto non-existent death.

In the coming weeks I could observe a complete perspective and paradigm shift in me. At the same time I understood my fellow human beings better, but also the mode of action and „thinking“ of creation itself.
In a few weeks of this incredible training, I came to a turning point in my life. The ICH disappeared. Completely dissolved and free, a completely new being has emerged, which up to this point existed only as a vision, as a future perspective in my dreams or thoughts. When others spoke of enlightenment, I was always unhappy because no one could explain what that was.

But to explain this state is impossible because it can not be fathomed out of the mind. It is a completely changed existence.
In the course of this special meditation, I was able to penetrate ever deeper and deeper into being itself, experiencing experiences that, if you were in stories or science fiction novels, would have only given me incredulous shaking of my head.

My conclusion from white bone meditation is simple: whoever is really seeking – for the higher state of being, for enlightenment / awakening and for the path to nirvana, or just after solving all the perceived problems of life – will want to learn this meditation and, from that, profound Feel changes to the better in his life. 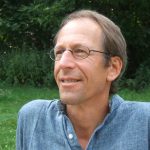 My experience with white bone meditation

As a young man, I lived in the monastery for a year and got to know and practice Christian mysticism there. For 30 years meditation accompanied me almost daily.

Some time ago I got to know the bone meditation, which for me very quickly meant a hitherto unknown stability and progress on the inner path.

First, there was a strong involvement with the shadows in me, my fears and attachments as well as the traumatic experiences from my present and past lives, which was very healing.

As a result, a wonderful perception of inner emptiness as my deepest core in unity with the Source of Creation emerged in me. This accompanied by a previously unknown to me loving attitude to my fellow human beings and my co-creation.

I am looking forward to continuing this process of unfolding. I am especially grateful for the daily accompaniment of my journey through the Arya Sangha (www.Eden-Spirit.com). 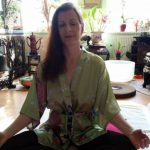 My findings and experiences from the bone meditation

Bone meditation has completely changed my understanding of meditation. Through this technique, I learned a lot about my false self and its attachments and fears, and how to let it go.

Layer by layer, I revealed my ego traits. Many times it was not pleasant and required overcoming. Especially the fear of death has been a central topic, which I had to face.

For me, an experience during the 90-day bone meditation has been very memorable:

I had dropped a glass bowl and then I started picking up the pieces. Then, with the shards picking up with each shard, it became more conscious to me that through the meditation we have already taken the first step and have broken our false self-vessel and may have already lifted the large shards.

But then there are still small pieces everywhere and we cannot even see all from one angle. We need to change the angle and distance to see them and how the light comes to our aid and makes the shards shine so that we can see them better. We collect ever smaller pieces of broken glass, if we are not careful, we also peck at them. My colleague said, but call the caretaker, that they come with a vacuum cleaner, but I had such a joy in picking up this piece and thought, yes, if you cut yourself, you were just not careful enough. Did not touch her gently enough.

Again, one can practice in mindfulness and concentration. It was just a pure joy and the realization that this bowl has sacrificed itself only for my realization, that is unbelievable and makes me thankful. 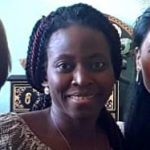 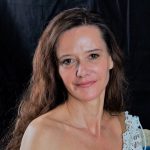 Aligning and focusing my mind, and every time I did that, I could see how everything became quiet in me and my otherwise distracted mind turned into pure perception.

It gave me distance to the thought world and I felt increasingly an increasing alertness in pure observation.

Focusing on the skin, the organs, the bones, sent up underlying emotions, images and themes that made me look deeper into myself and brought insights into my life.

The confrontation with one’s own death, the transience, up to the decay process, allowed me to look at fears of death, to perceive the feelings. Gradually, this fear of death transformed into a relaxed state of all the horrors.

I saw more and more of my patterns of behavior, my strange behavior, triggered by my mind, as it became increasingly unattractive to dwell in it. I kept seeing how the world of thought pulled me down and distracted me from what was here and all the projections and fantasies built out of an illusionary world of thought.

I realized my greed, which was triggered by a false lack of image, to need the love in the outside. Until I realized that in giving, love in me became more and more conscious.

Allowing additional sexuality to open up more has helped me to become more detached from attachment to a form and to discover a love that goes beyond the mind (with its ratings). I can not say that I’m completely free, but it has taken me a long way.

I experience and experienced the bone meditation as a deep examination of the own existence on all levels.

A heartfelt thank you 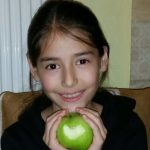 Since my mother taught me this kind of meditation, I feel a lot. Z. B: That when I concentrate, I can feel my third eye.

It feels very real and I think if I keep trying, maybe it will be even stronger. The feeling is like someone would slowly cut the skin on my forehead with a knife and then the 3rd eye would come out and the skin would settle on the sides.

I was able to connect with other people in meditation with my mind and continue to help. What that means, you can find out if you try it yourself.

Everyone goes their own spiritual path, but necessarily with the help of a realized Master.